Homeboy Industries is the largest gang-rehabilitation center in the U.S. Former gang member Robert Amado was released from prison just over one month ago after serving 14 years. When he went in, his daughter, Selena Marie Amado, was two. Now she is 16. 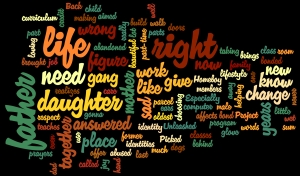 Homeboy Industries deals with many of the issues a person encounters when released from prison while transitioning to their new free life (a.k.a. re-entry), including tattoo removal, job training and parenting skills. My L.A. Story Project touches on the parenting topic from the POVs of Robert and Selena Marie; i.e., being a father when you didn’t have a good role model, the difficulties of re-entering your child’s life when you’ve been absent and coping without a father.

On the same day (Aug. 11) I spoke with Robert and Selena Marie, three other former gang members and prison inmates at Homeboy Industries shared parenting experiences with our group. Their stories follow. 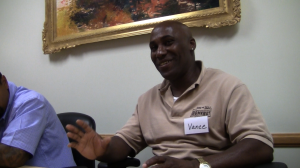 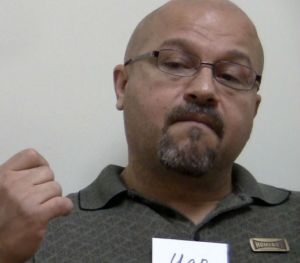 Homeboy Industries' Ugo Machuca speaks about becoming a stepparent below.