No Room for Natives 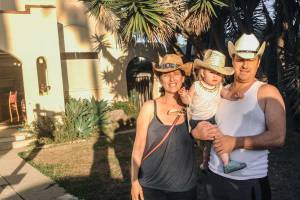 My husband and I were both born and raised in Venice, and we can no longer afford to live here. It breaks my heart when I tell this to people, but we’re not alone. The people we say this to all know someone — a daughter, a friend or coworker — priced out of Venice just like us.

Forty years ago, Venice was considered undesirable. Before GQ called it “the coolest block in America,” Abbot Kinney was known as West Washington Boulevard, with only one restaurant and a string of vacant storefronts.

Venice was riddled with drugs and gang violence. As a kid I used to think people were yelling “quack” at us as we drove down Brooks Avenue. I witnessed a drive-by shooting when I was a senior at Venice High School.

My dad and stepmom handed down a love of Venice to me. …